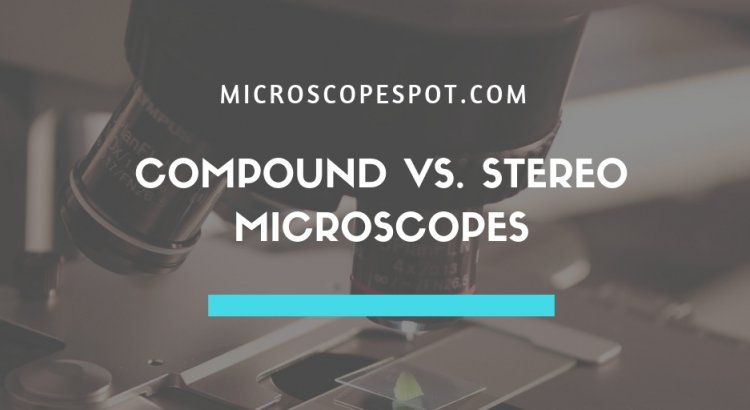 Stereo microscopes and compound microscopes are two distinct types of light microscopes that have many similarities, but some fundamental differences.

It’s certainly worth being aware of these key differences as they impact factors such as the magnification power, working distance and the depth of field, as well as imparting some other very useful qualities. As a result, each is intended for viewing different types of objects and therefore for different applications.

In brief, stereo microscopes offer a lower magnification, but useful qualities such as 3D visualization and depth perception. Therefore, making them ideal for visualization of larger objects.

Whereas, compound microscopes provide a much greater magnification power and so are better suited to inspect the microscopic structures in much smaller specimens.

Stereo microscopes have two optical paths, one which is offset from the other. This is because stereo microscopes use two separate objective lenses and eyepieces. This means that different axis of an object or sample can be analyzed at the same time. This key difference provides it with two very useful features – depth perception and 3D visualization.

These components provide stereo microscopes with superior depth perception and a great working distance. The depth perception relates to the distance between two points in a specimen that both remain clear and focused when viewed.

For these reasons, stereo microscopes are mainly used for viewing opaque objects, including, insects, minerals, jewelry, coins, watches, hardware, and many other large specimens. 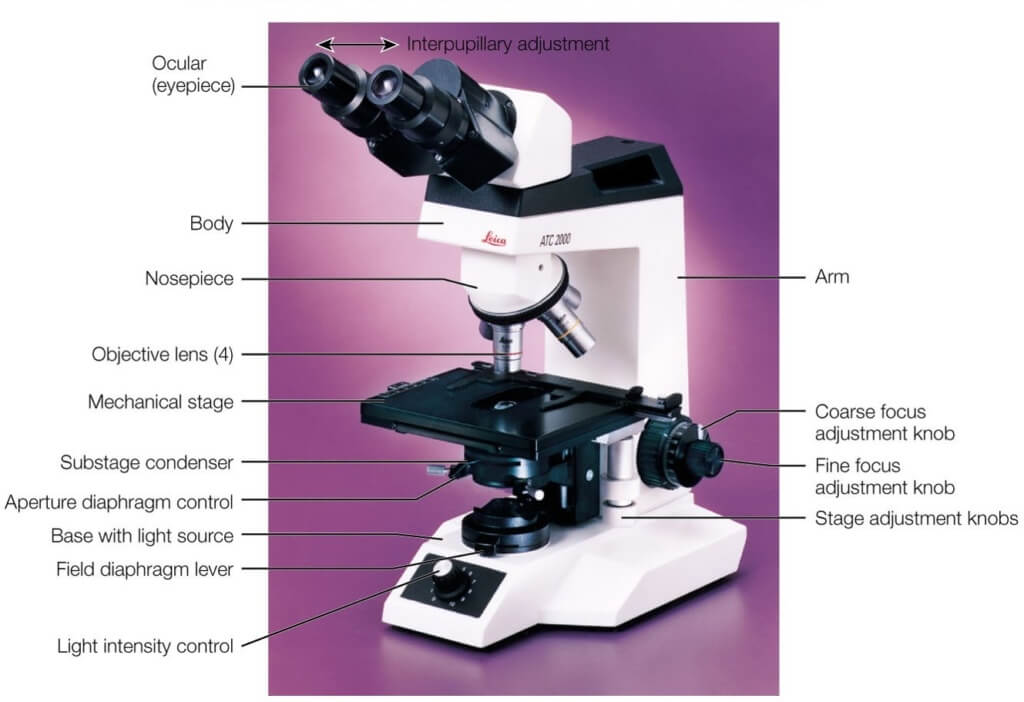 Compound microscopes are able to provide a much larger magnification, which can range from 40x to 1000x or more. They achieve this by magnifying in two stages, the first that uses the ocular lens and the second which uses interchangeable objective lenses, which are often 4x, 10x, 40x and 60x magnification.

Unlike stereo microscopes, compound microscopes only have a single optical path. This means that the specimen can be viewed through the eyepiece at a greater magnification as the objective lenses can be interchanged.

However, since it does not allow provide two different axes of the same specimen to be viewed at once it lacks the depth perception and 3D visualization of a dissecting microscope.

Compound microscopes also use transmitted light illumination (light is passed through the sample).  This often means that samples have to be dissected into smaller slices to enable the light path to travel through the sample and illuminate more of the microscopic structures.

These attributes make compound microscopes well suited for the observation of smaller samples, often sliced into a section to allow the light to pass through them.  This commonly includes biological samples such as bacteria, plant cells, and tissues.

Do you Need a Compound or Stereo Microscope?

However, sometimes one microscope is more appropriate. The two most important factors are the size of the object and how much light can pass through the object.

Stereo microscopes illuminate objects from above, which allows the surfaces of many large objects to be viewed in a good amount of detail. They even allow you to view the object stereoscopically (3-dimensional), hence their name.

However, for those interested in viewing much smaller structures and internal structures of a specimen will require a compound microscope. These microscopes offer a much greater magnification power and illuminate objects from below. These are great for those individuals wanting to view cells, bacteria, fungi, tissues, organs and other small biological specimens. 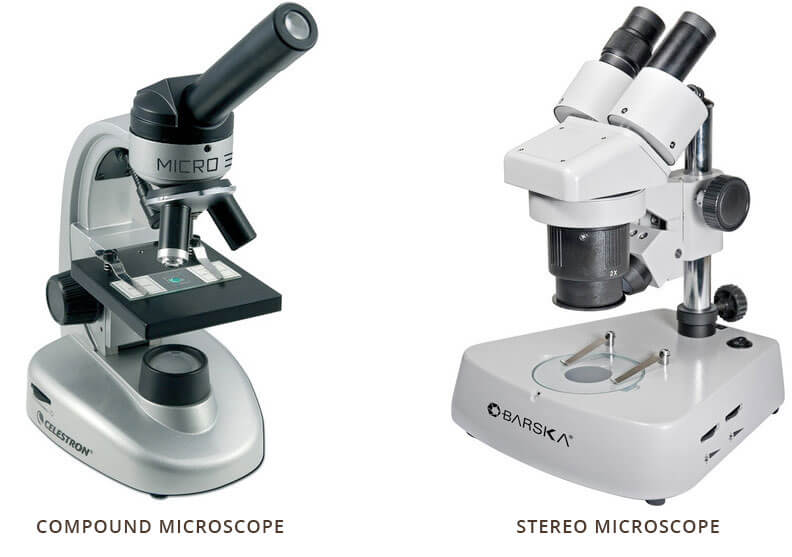 How are Compound and Stereomicroscopes Different?

By now, you are probably well aware of the major differences between compound and stereo microscopes (also called dissecting microscopes). However, in summary, here is a brief overview of the differences:

Both stereo microscopes and compound microscopes can both be used for a wide variety of biological and hobby based activities. Although many models look similar in design, it’s important to remember that they have some very important differences. As you may have expected, the key differences lye within their optics.

Compound microscopes named so due to their two sets of lenses (objective and ocular) offer superior magnification power and so are ideal for looking at small specimens.

On the other hand, stereo microscopes, named so due to their stereoscopic ability are more suitable for analyzing larger objects, where 3D visualization and depth perception would be useful.

Microscopespot.com is a participant in the Amazon Services LLC Associates Program, an affiliate advertising program designed to provide a means for sites to earn advertising fees by advertising and linking to Amazon.com.